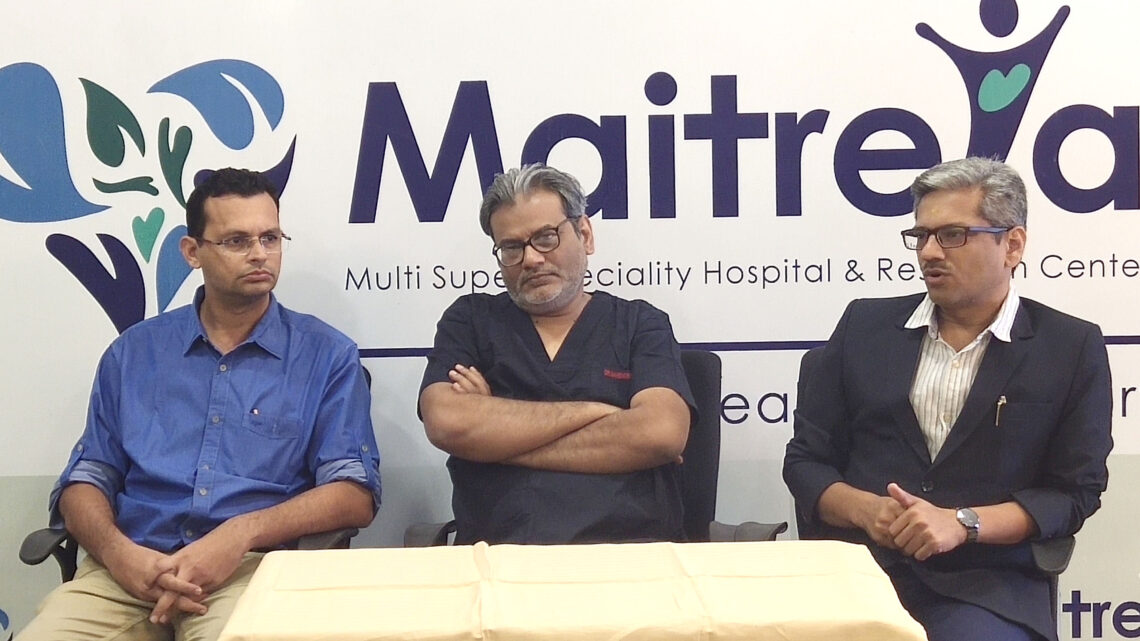 Dr Tanwar tells “When we analysed medical history of heart attack patients,we found one or more risk factors for bleeding such as old age, being female,kidney dysfunction,regular intake of blood thinners, diabetes, uncontrolled hypertension &obesity in 70% of study population.”

He quotes “In a position paper published in the European Heart Journal, members of a European Society of Cardiology working group said that bleeding has emerged as a significant issue in managing patients with acute coronary syndromes and has important implications regarding prognosis, outcomes, and costs. Evidence has emerged, they noted, that patients with major bleeding episodes after PCI are at high risk, but with Trans Radial procedures the risk of bleeding is almost null explained Dr Tanwar at the opening of the Radial Lounge at the Maitreya Multi Super speciality Hospital, first in the Surat.”

Dr Tanwar tells that “A patient of acute coronary syndrome or heart attack is advised to undergo procedures such as angiography and/or angioplasty, to detect and treat failing heart. The procedures can be doneby inserting catheter either in femoral artery (the groin area) or through radial artery in the wrist.The bleeding risk emerges as the artery needs to be punctured to insert the catheter.

Dr Tanwar says “A meta-analysis of 76 studies and 761,919 patients has shown 78% reduction in bleeding and 80% reduction in transfusion with the use of wrist or transradial route when compared with femoral or groin route.”

For the study the Dr Tanwar and team studied medical records of 240 subjects who were admitted at hospital following a heart attack.The prevalence of diabetes, uncontrolledhypertension, obesity/overweight was found to be 36%, 49% & 70% respectively. Moreover 20% were found to be on blood thinning medicines such as aspirin. 30% patients were women and 70% were old age (> 55 years).

Cardiovascular diseases, especially coronary heart disease (CHD), are epidemic in India. The Registrar General of India reported that CHD led to 23% of total and 32% of adult deaths in 2010-2013. In India, studies have reported CHD prevalence at 9%-10% in urban populations and 4%-6% in rural populations.