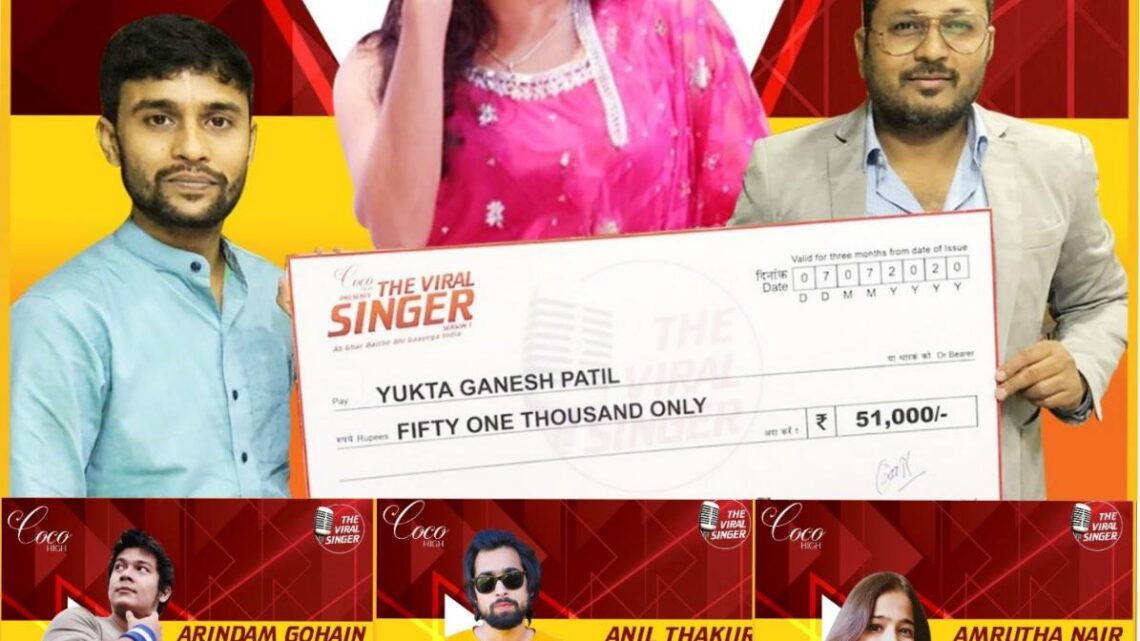 A step towards the New India : The Viral Singer

Mumbai (Maharashtra) India : In the situation of lockdown where the whole country was locked inside their homes, the artist inside every individual came out. Shops were shut, but the shutter of talent started opening. Few spilled the colours on the paper and few understood the depth of relation. At a situation were people were carving their talent, Algol Films and Coco High came forward and started a digital singing reality show, where people were able to give audition from their respective home. Plus, even after being selected they need not to get out of their places, they were able to be a part of the entire show with the proper safety of their home and showcase their talent all over the world. For this show, the team received more than 5000 audition clips from all over the world, including people of all the age groups. Firstly Top 110 were picked and then Top 21 were shortlisted, with whom the show was carry forward.

Judges for the show were the well known singers, Sahil Solanki, Kushal Paul, Vishal Kothari and Priyanka Bhattacharya. And the host was 2013 Miss India title winner and celebrity anchor, Simran Ahuja. After the beautiful journey of 2 months, this show finally came to an end on 7th July 2020. People came to know who the winner of Season 1 is. The announcement of the winner was done by famous bollywood singer, Jyotica Tangri. Yukta Ganesh Patil from Navi Mumbai won the title of The Viral Singer Season 1 and made her near and dear ones proud.

This show helped in taking a step forward towards the new India. In a world where one could find movies, daily soaps and what not on the internet, this is amazing how they created a singing reality show digitally, which reached a wide audience. There was a lot of effort that the whole team put together in the making of the show. This was only possible because of the crew who stood strong and tackled all the problems. This is an example of no matter what, if one has willpower, they can create new path for themselves.

The Viral Singer will be back soon with another season! Stay tuned!

Society Diva’s to mentor a diamond collection for “Finnati”