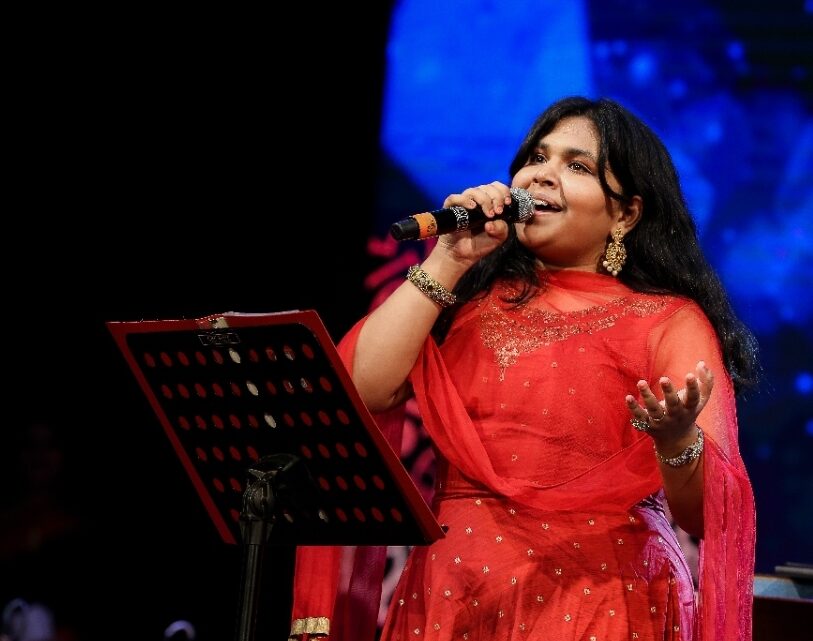 Anjana padmanabhan Multitasks and juggles between her passion and studies successfully!

Bangalore, Karnataka [India] : Anjana Padmanabhan, Child prodigy, who bagged the trophy of the 1st ever Indian Idol Junior while she was 10 is all grown up now and is doing some great work. Post her victory she is learning Hindustani classical music as her Prime Style, supplemented by Carnatic and basic western classical. She also did many stage shows in India and outside the country.

Of late Anjana has been wearing many hats , she did an excellent job in her recent releases where she has sung the background score for the movie ACT 1978, her spiritual song Ram darbaar has just been released, while on the other side being a 12th grader she also manages her time with studies and along with that does her music. She also did exceedingly well in academics in the past.

She has been a part of many noteworthy projects recent one being a concert on the occasion of World Childrens Day by UNICEF with Ricky Kej and many other well-known artists such as Hariharan , Jonitha Gandhi , Neeti mohan , Benny Dayal and many more. The concert was focused on Climate Change and Impact of Covid-19 on children and Child right. For the same she was also part of Two hour telethon on a national television channel. Prior to this she did a series of 26 songs with Grammy award winner Ricky Kej for UNICEF on Sustainable Environment. She has also worked on some interesting projects such as National Anthem with CRY and a song on Improving Sanitization. In her Punjabi and Kannada debut she sung Mukkmal na hui Chahat and Nannedeolage.

And what’s more! She also juggles her academics along with her musical pursuit! Given the festive season her recent releases include Chatushloki in Sanskrit, a devotional song for a music label and Ram Darbaar. During the promotion of Ram Darbaar she met renowned entertainment personalities and government dignitaries such as Tejaswi Surya , Deputy CM of Karnataka Ashwath Narayan sir , Puneeth Rajkumar sir , Charan Raj sir and many more.
Most of these have received amazing responses and its interesting to see young talents taking interest in such songs. We wish her all the best for her future.