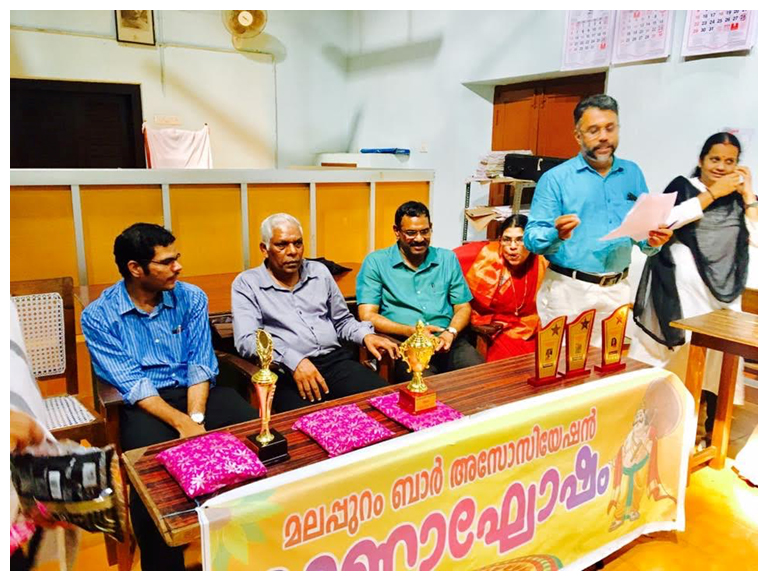 Meet the Person Who Is Always Ready for His Contribution Towards Weaker Sections of the Society : Advocate and Activist Sadik Naduthodi

Kerela, [India] : Have you ever wondered how come a person become an activist or whom do you call an activist? Well, this article isn’t about to explain the role and duties of an activist but to make you aware of a person named Sadik Naduthodi who is not only an advocate but also an activist who is continuously contributing his part to work for the weaker sections of the society. Hence, every person who is doing the kind of social activities for their people and also takes a stand for the right is an activist. There are many incidents and steps taken by Sadik Naduthodi, that makes him a person who is living for humanity.

Adv Sadik Naduthodi is prominent amongst people due to his approach towards pro bono cases for the poor and the marginalized/weaker section of the society. Born in the Malappuram district in 1969, he had a keen interest in social works and activities since childhood. He then became an advocate in 1994.

Talking about his career and turning points, Sadik has held many positions in different organizations and played a key role too. He was the secretary of Pattarkadavu Nehru Yuva Kendra and also played a major role in instrumental in facilitating a lot of charity and welfare activities through this.  Not only this Sadiq has also served as the chief patron of art and culture organisation – “Kasava” and had a leadership role in organising ‘Thilakkam 2017”.

Currently, he is a social entrepreneur and mainly focuses on helping poor students with textbooks and school materials, he also sponsors and encourages youth by identifying their talent in the art and sports field.

Earlier, Sadik was the President of the NCHRO a Human Rights facilitation committee in Malappuram and he has always intervened for human rights issues in the state of Kerala actively. And never stepped back from taking a stand for the marginalized and downtrodden as well as weaker sections of the society. He has always defended those who have been wrongly accused.

Talking about his legal interventions, he has got a lot of laurels when he appeared for the Srilankan woman who was trapped in Kerala. He himself coordinated with Sri Lankan Embassy and Malappuram District collectorate to ensure that she reaches home back safely.

And he then got awarded by the Malappuram collectorate officially for the recognition of his activities and contribution. There are many incidents and cases that witnesses his dedication towards his duty. He has fought for Freedom of expression in the case of Anand Patwardhan and has highlighted the social issues. His legal interventions against custodial torture of prisoners and innocents have become praiseworthy from various quarters beyond politics.

Sadik has also organized ‘Satyagraha’ against liquor shops and has taken a stand for the prohibition of alcohol, as we all know how alcohol was affecting society. He has been a part of various fact-finding missions for different social and cultural organizations as well.

He has worked with eminent socio-cultural personalities like Mukundan C Menon, Gro Vasu, Adv PA Pauran, Renny Ayllin, Prof P Koya.  He was twice the secretary of the Malappuram Bar association for 4 years.

Sadik being an SDPI district vice-president also raised his voice for the education of the students of Malappuram in the time when there was a call for bifurcation of the Malappuram district. He raised questions with the governing authority regarding the development projects as well. He has never failed to raise his voice for the right as well as the rights of the people.

Adv Sadik Naduthodi also played a key role in COVID-19 Relief activities of Malappuram and he is also the convenor for the same in Pattarkadavu. They have actively distributed relief kits worth lakhs of rupees.

Adv Sadik was instrumental in facilitating youth of all communities and political spectrum for charity, welfare and socio-cultural activities in Malappuram.

Mustafa Paleri, the ‘Health Warrior’ for the Common People Against Nipah & Corona Virus