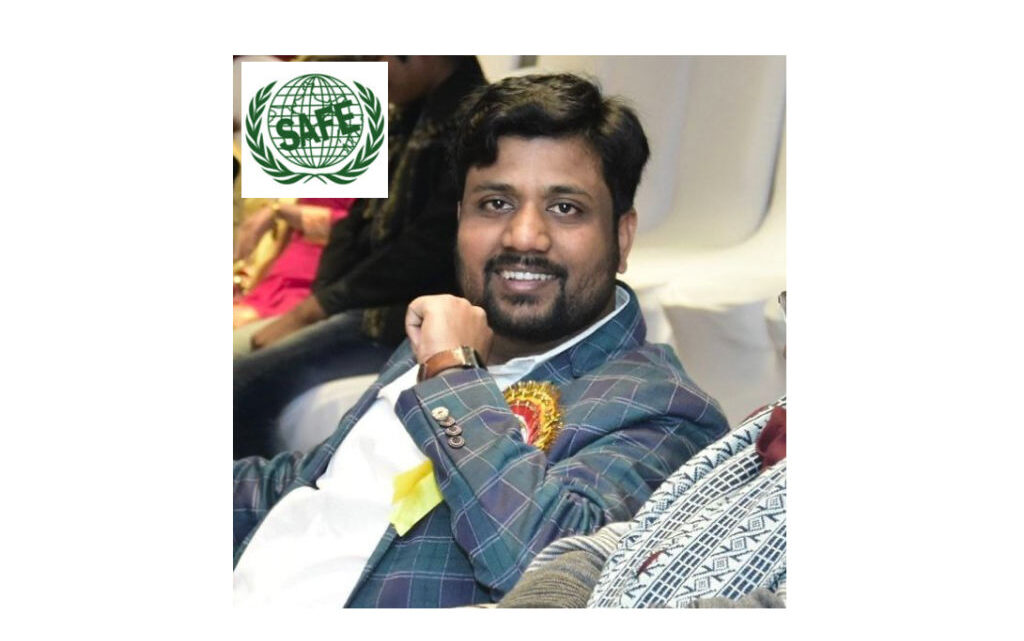 How Safe Society is Empowering the Marginalised on the Streets

Lucknow, Uttar Pradesh [India]: “Safe Society” is a non-profit voluntary development organisation. Established in 2005, Safe Society is operational in Uttar Pradesh and focuses primarily on improving the socio-economic standards and needs of the most underprivileged communities i.e., children living on the streets, and all the other vulnerable sections like women. Safe Society has special consultative status with the economic and social council of United Nations and its activities have been selected and recognised by the vice-president of the nation as best practices Under “Antyodaya”.

Working for this cause for more than 15 years now, the main objective of Safe Society is to create a pool of sustainable avenues in the society to which the poor and marginalised are given access to, irrespective of their background and social conditions, etc. They have recognised the main problem with the children living on streets- that somehow, they have been separated or drifted from their families, and thus Safe Society undertook the task of reuniting these children with their lost families, along with doing extensive and exhaustive research on different related factors. To date, Safe Society has reunited more than 524 children with their respective families. The Society is also involved in preventive, rescue, prosecution, and rehabilitation activities related to these children including providing psycho-social support. It utilises various forms of arts under an art-based process to remove trauma and orient these children to become creative citizens of society. This also includes moving these children towards a creativity-linked livelihood.

During the spread of the COVID-19, the most affected was the street community. All of a sudden, their only hopes of survival were dampened. Safe Society helped them in any and every way by providing ration, sanitary kits, etc. They also provided financial assistance to 57 families of slum-living children so that they could get a permanent source of livelihood, meet their daily needs, and lead a better life.

The organisation has also organised two health camps for street families and children during the COVID pandemic, in which health check-up has been done by professional doctors. To converge with various government schemes registration for labour card were also done in the camp.

Normally, children living on the streets see no sustainable future. Safe Society is taking a step to change that notion. The children living on the street are being trained to become junior radio jockeys, at the community radio station 90 FM, so that they can be prepared as ambassadors for their community to voice their problems and create creativity-linked livelihoods, to improve psychological and economic conditions. Safe Society is also helping the children and their families by linking them to government schemes. Right now the child labour education scheme and labour card are in the process of linking.

As of late, Safe Society is running a 1-week campaign in association with the Consortium for Street Children to commemorate “International Street Children’s Day”, which aims to garner support from the government on the agenda of Street Children. There are many posts in English, Hindi on social media, in which street children’s selections are highlighted. Issues such as access to clean water, access to health services, education, clothing, food, and other basic needs were taken up. Two workshops were conducted with the street children, in which they learned about the challenges they face in daily life and their potential solutions. In the first workshop held recently, children picturised challenges like health, education, Identity card, and suggested solutions to cope like money and admission by the government in schools, better livelihood for their parents and their check-up by the government doctors, ban on selling intoxicants and support from a local representative for identity cards.

In the second workshop, street children shared their everyday circumstances through letters to the Prime Minister of India, CM of Uttar Pardesh, and the local government bodies. In the letters, they described in detail their problems, intending to encourage the government to take more actions in their favour. All the children were divided into groups. Every group decided with each other’s consent to talk on particular issues such as identity cards, housing facilities, and health. The children were also made to learn story formation and present their message in a positive and precise way through an activity where children sat in a circle and every child was given an opportunity to say a sentence through a series to make a story.

After this, the participants were made to contemplate that the message which is conveyed in the form of stories has a high probability of being heard.

More about Safe Society and its ventures can be learned from www.safesociety.in

They have various programmes for women empowerment, health, and livelihood as well.