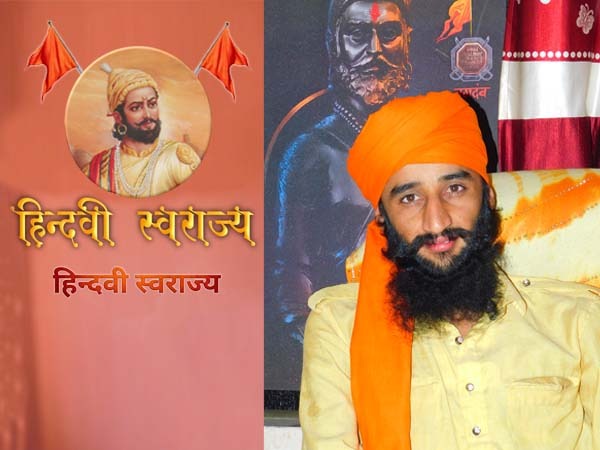 President of Hindvi Swarajyay Dal, Raghav Bhagat is leaving no stone unturned to bring a social revolution in India

Ahmedabad (Gujarat) [India], May 05: The matters of State, be it internal affairs or foreign affairs have always been about the agendas set by acute leaders. Every office seeker has some agenda behind establishing their party. However, there are a few democrat parties that majorly work for the welfare of people and society. The Hindvi Swarajyay Dal is one party registered by the Election Commission of India. Raghav Bhagat, the National President of this party is shaping himself up to contest the Gujarat Assembly Elections in the coming time. Earlier in a press conference, Raghav had stated that the Hindvi Swarajyay Dal was coined to preserve Gujarat’s ancient culture through industrial development and to achieve Gujarat’s golden dream with Des Dev.

Raghav Bhagat who was born in Maharashtra has his karmabhoomi (workplace) in Gujarat. Hailing from a middle-class family, he belongs to the Rabari community living in Gujarat. The history behind naming the party has an interesting meaning. The founder of the word ‘Swarajya’ was Chhatrapati Shivaji Maharaj who in 1645 AD gathered the followers of the Maval region and established the Hindu kingdom In the temple of Raireshwar Shiva. Following the ideology of Shivaji Maharaj, this party came into existence in 2019. With this, Raghav Bhagat holds a record for becoming the youngest National President of a constitutional party.

Moreover, the Hindvi Swarajyay Dal has got its branches and working committees in the seven states of India namely Gujarat, Madhya Pradesh, Uttar Pradesh, Jharkhand, Punjab and Rajasthan, and Maharashtra. Working for the welfare and betterment of society, this civic body has always emphasized serving the countrymen without having any personal agenda in mind. Amidst the epidemic like coronavirus, the workers of the party are initiating distribution drives by providing food items and other essential products and services for free.  As of now, their party is doing a lot of activities for all the people in need.

To name a few works undertaken by Raghav Bhagat’s administrative body, it looks after the plantation for the conservation of nature. The members of the party make sure to provide water to the animals and birds, and it is also working for better sanitation facilities in many rural areas. Apart from this, the Hindvi Swarajyay Dal is running a membership program called the Mavle Active Membership Campaign where the youth are involved in the affairs of the state to work towards the betterment of the country. Intending to uplift the original culture of India, this civic body is doing exceptional work in the field of nature, culture, education, and health.

Under the leadership of Raghav Bhagat, many young minds are joining their campaigns and party to bring a revolution in the coming time. It is said that the Hindvi Swarajyay Party is all set to contest and take part in elections for the service of national interest. Its main goal is to establish the idea of protection and encourage brotherhood and harmony among everyone in the country. Well, looking at the noteworthy works of Raghav Bhagat, many people are willing to follow the path of ‘Swarajya’ and bring a change in the country.

Web series ‘The Red Land’ is a story of power and struggle, released on Haider Kazmi’s OTT platform ‘Mastani’