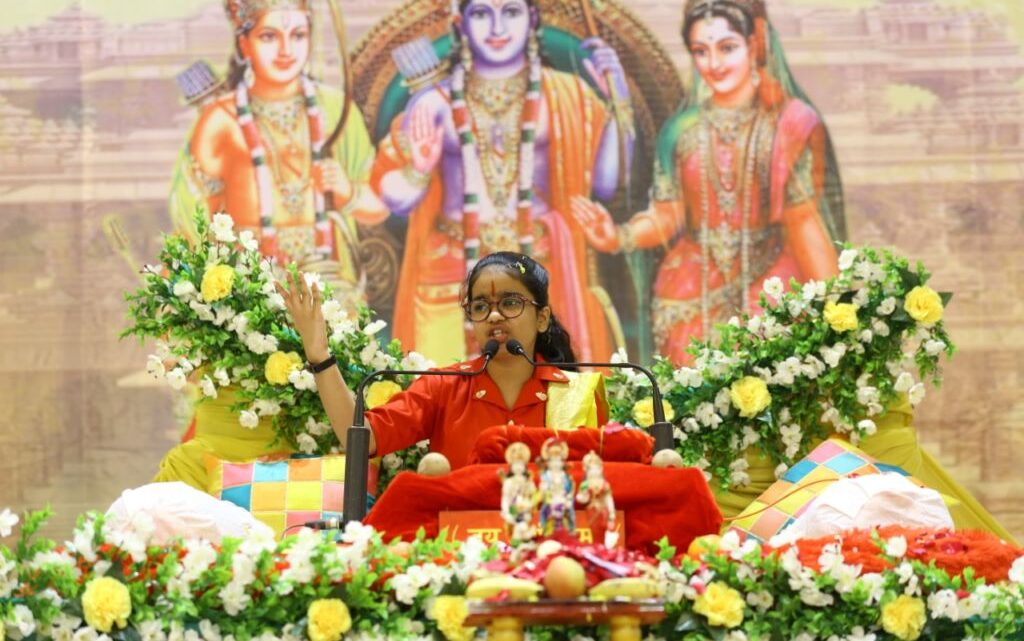 Young Achiever of India, Bhavika Maheshwari is bringing about a change through her Spiritual Speeches.

Surat (Gujarat) [India], May 05: There is a saying that it is never too late or even too early to excel at something you are passionate about. And today we are seeing many young children in India who are achieving great heights with their sheer talent, passion, and hard work. Here is one such talented girl who at a very tender age visualised bringing a change in the world. There is something unique about the way she looks towards life. Meet Bhavika Maheshwari – a Spiritual Motivational Speaker as well as a writer from Surat.

Eleven-year-old Bhavika Maheshwari is one of the youngest Indian storytellers. Born on 25th January 2009 in Surat Gujarat, her family originally is from Jodhpur Rajasthan. Bhavika’s father Rajesh Maheshwari is associated with the textile and education sector and her mother Manisha Maheshwari is a housewife. She has a younger brother Madhav Maheshwari.

Bhavika Maheshwari isn’t your usual 11-year-old. In addition to being a bright 7th STD student of Scholars Academy School, she is the co-founder of Mobile Addiction Clinic and Talent World Startup. She is also the CEO of World Screen Rescue Private Limited, the world’s youngest company.

When other children are busy enjoying their childhood years, Bhavika was inspired to do something different. She has done several extraordinary things that have made not only her family but also the country proud. Here are some of her accomplishments.

She is a preacher of Ram Katha and Bhagwat Katha. She has preached Ram Katha many times in Gujarat and outside Gujarat too. She changed the thoughts of 3000 Prisoners of Surat’s Lajpore Jail through her Ram Katha thus becoming the youngest storyteller in the world. Through Bhavika’s  Ram Katha, Bhagwat Katha & Nani Bai Ka Myra the positive message is reaching all over the society.  At the young age of 11, has collected a dedicated fund of Rs. 52 lakh for Ram Mandir Ayodhya. Earlier, she created the world’s first Corona Awareness drawing book, which has been praised by the entire national media.

Due to so many accomplishments, Bhavika has been recognised with many awards and honours. Lok Sabha Speaker Om Birla, Cabinet Minister Ravi Shankar Prasad, Ratan Tata Ji, Gujarat Chief Minister Vijay Rupani, and many more in the country have praised the work of the pioneer Bhavika. Indian Army Chief Narwane Sir has honored Bhavika. Recently, in view of Bhavika’s service work, she was awarded the Nari Chetna Award 2021.

Bhavika, like every other youngster, is very active on social media. She has garnered a lot of fan following due to her motivational speeches and spiritual ideas. She has thousands of views on her Facebook and YouTube videos. More than 10,000 tweets have been done on the retweet tweeter in positive news of 52 lakhs collected by Ram Katha.

Says Bhavika, “I would like to thank my family because without their support this wasn’t really possible. Thank you for motivating and supporting me.’
This talented young girl is indeed set on a path to becoming a change maker of tomorrow.