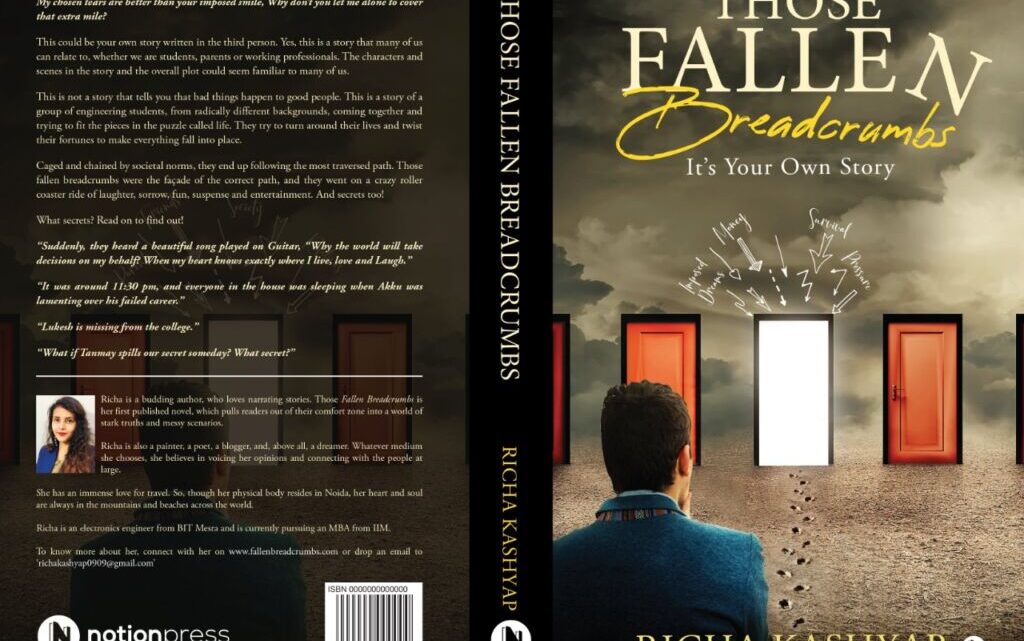 Those Fallen Breadcrumbs, It’s your own Story; written by Richa Kashyap fondly known as Richa Kumari New Delhi, Aug 10: Richa, as the mere name itself, has originated from the Sanskrit word “RUC”, which means “To Praise”. Richa Kumari is a creative person and loves to do everything because of her incessant curiosity. She is a budding author, and ‘Those Fallen Breadcrumbs’ is her first beautiful tale. It is a fiction book and is published by Notion Press.

Richa Kumari is an electronics engineer from BIT (Birla Institute of Technology) Mesra and currently pursuing MBA from IIM (Indian Institute of Management) Raipur. Richa Kumari went to NASA (Kennedy Space Centre Florida) in 2013 and has brought laurels to the nation by participating in the Lunabotics Mining Robotics competition there. Richa is a Product Manager by profession at a London-based multinational currently and a painter by passion. In concurrence to this, Richa Kumari has added a remarkable achievement to her name by winning the title of Mrs. Asia Universe in 2020.

Her book, “Those fallen Breadcrumbs”, shows a mirror to society. It is actually for everyone who has forgotten the dreams of their lives and accepted the path shown by others as their realities. This is the story of a boy named Akshay who, after failing IITJEE, follows the standards of success set by society and, like all of us, is in a dilemma – was engineering really his dream? He is confused and is searching for answers about what he actually wants.

Clarity unfolds when he meets his college friend after three years. This book aims to change the mindset of society so that the younger generation can choose the path that makes them happy and not the path that makes others happy. It will retake us back to their memory lane when we were in similar confusion.

Yes, ‘Those Fallen Breadcrumbs’ is the book where every reader, be it a student or parent, can relate to some of its characters, scenes or plot. Hence the subtitle as ‘It’s your own Story’. This book will not teach you how bad things happen to good people but will tell how a group of engineering students coming from radically different backgrounds had turned and twisted their fates to make everything fall into place. Caged and chained by the societal norms, they ended up together following the most travelled path. Those fallen breadcrumbs were the façade of the correct direction, and they went on a crazy roller coaster ride of laughter, sorrow, fun, suspense and entertainment. Please read it to find out more available on Amazon, Flipkart.