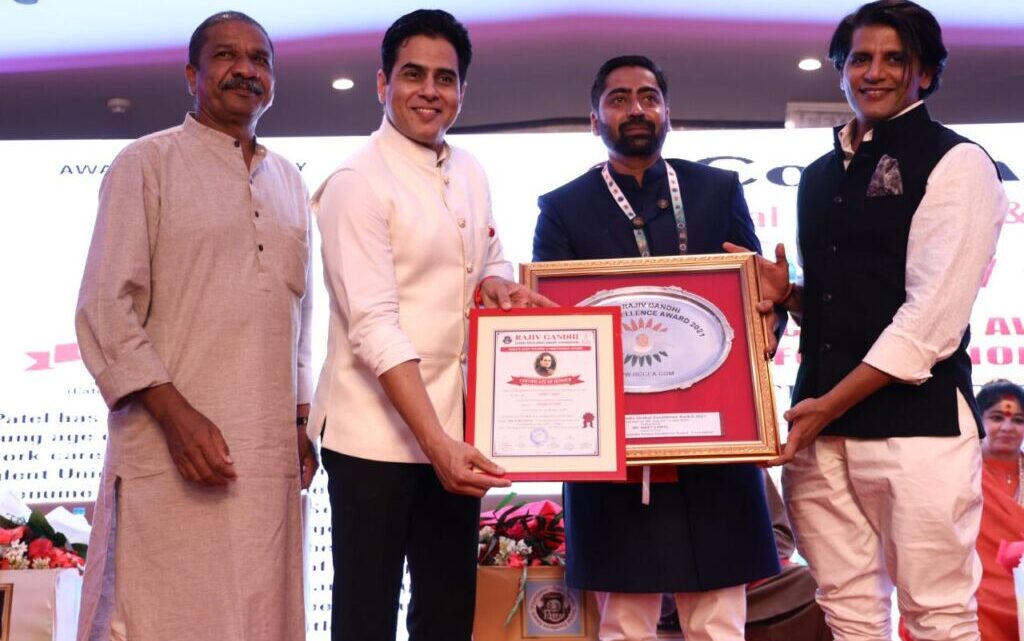 A grand awards and conclave show was held by this esteemed Foundation at The Park Hotel, New Delhi. The show recognised the extraordinary achievements of many people in their respective fields. The event witnessed the presence of many politicians, celebrities, journalists, and many other renowned personalities.

The award was given by popular T.V actors Karanveer Bahora and Aman Verma. A total of twenty people from all over India like actor Naseer Abdullah, runner Budhiya Singh, Sandeep Marwah, cricketer Atul Vasan, Krishna Guru Maa and other prominent names from all over India were also honoured with this award. This award is given every year on 20th August to commemorate the birthday of Shri Rajiv Gandhiji, the former Prime Minister of India for past 23 years. Coming from a farmer’s family, Niket Patel has been involved in social service since a very young age of 18 from 2005 and has achieved many milestones in his political career. He started his social work career with student body NSUI (National Student Union of India), after agitating time and again for genuine questions of  students. He then went on to serve as NSUI Secretary, General Secretary and also Vice President. He has also worked as General Secretary (Protocol)in Surat Congress Committee. Being in charge of Shakti Project for AICC, he was able to create  highest membership in all India.

Niket is also the youngest AICC (All India Congress Committee) member in Gujarat. With sheer hard work and by God’s grace he has got opportunity to serve society through NSUI , Youth Congress and now he is actively involved with senior Congress.

Presently, he is working as youngest member of Sarvajanik education Society which is oldest and biggest education trust of Surat City . He is a member of South Gujarat chamber of Commerce  and of Navnirman Education Trust which runs 11 college and 10 schools in City and is one of the biggest educational trust in Gujarat. He is also Trustee of Pryas Trust which is biggest trust for animal welfare in Surat.

Niket considers himself fortunate enough to work and contribute as part of his duty towards the well being of society  and he hopes to do the same in future.

Influencers – The New Age of Advertising