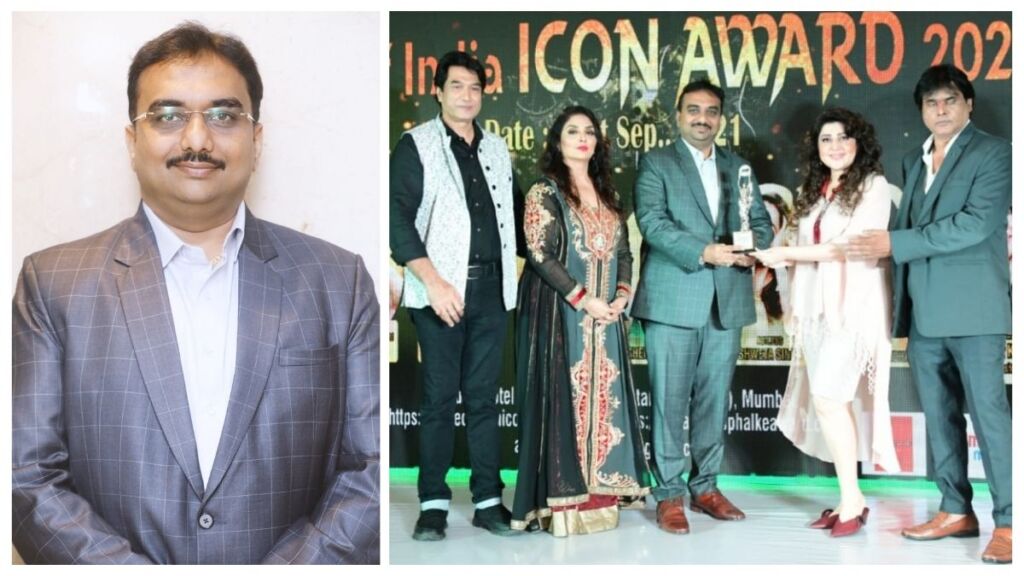 Mumbai (Maharashtra) [India], September 24:  The Pride of India Icon Awards were held at Hotel Kohinoor Continental and attended by celebrities from the entertainment & film industries.

Winners were announced at the recently held Pride of India Icon Awards 2021 at Hotel Kohinoor Continental on 21st September 2021. The event was organized by the DPITA & Filmora Media Network & was attended by noted personalities and celebrities from the film industry – Yuvika Chaudhary, Sherlyn Chopra & others.

Omnipotent Industries Pvt. Ltd, a strong market player in the Bitumen space bagged the award for the “Best Fast-Growing Business of the Year 2021” at the event. Led by visionary entrepreneur Mr. Prince Shah with decades of experience in this domain, the company today finds itself in a dominating position with an extensive Pan-India Network and a loyal customer base.

In his interaction with the media, Mr. Prince Shah – Founder & Managing Director of Omnipotent Industries Pvt. Ltd emphasized the journey and the future vision for his organization. Deeply honored on receiving such a prestigious award. “A vibrant 6-year-old organization bagging a coveted award, Omnipotent Industries blends its superior infrastructure with technology skills to provide the best trading services. When it comes to delivering solutions and services with speed and reliability, strict attention on quality and sturdiness of the complete infrastructure setup keeps us a step ahead,” said Mr. Prince Shah.

The award has buoyed Mr. Shah and his enterprising firm on the road to achieving their desired targets aggressively. The company prides itself on their values of keeping customers first and has the vision to be the number one in the segment.

With a robust network across 17 states and an inspiring workforce led by a visionary entrepreneur, Omnipotent Industries is all set to ring in some exceptional numbers in the near future to build further upon ‘Best Fast-Growing Business of the Year 2021.’

Get Ready For the Biggest Event, the Prestigious Show Iconic Gold Awards 2021