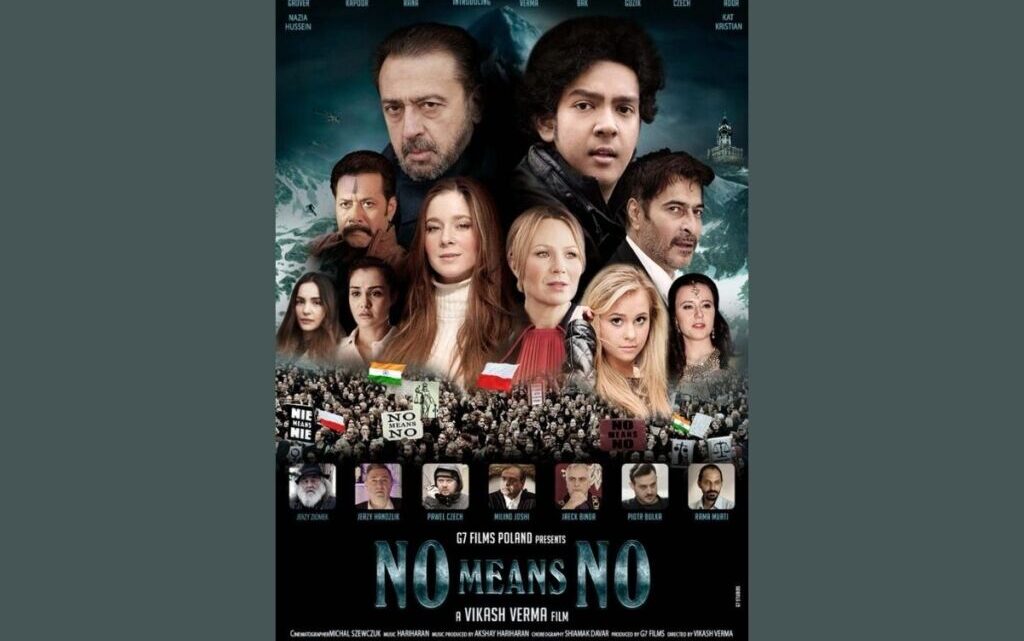 Mumbai (Maharashtra) [India], November 12: Heavy Budgeted Indo-Polish film, No Means No’s Director, Vikash Verma recently tweeted that a decision has been taken to postpone the release date of the film. Initially slated for a November 5th release,  Vikash says that the reason to postpone is a new Variant of the Novel Corona Virus, the AY.4.2. , causing an inescapable fear amongst the people who were already hesitant to visit the theatres and cinemas when they opened.

As per recent reports of films being released in theatres in the past few weeks, the person count in cinemas is drastically less than what it used to be Pre-Covid and even lower than expected after the reopening of Theatres. It has led to some films having a slow and dwindling response post-release.

Perhaps this is why some big names like Prithviraj, RRR, KGF 2, etc., have already postponed their release dates.

The film is highly Anticipated in Europe, with action Hero Dhruv Verma’s fight sequences already making headlines in European film magazines and News, especially in Poland. However, another reason behind No Means No’s delay is also the start of the Fourth Wave of Corona Virus and the spread of the New Variant. Russia has already gone into lockdown due to the rise in Covid cases and related data. Travel Restrictions have also become more severe, with tourists being made to undergo strict quarantine upon arrival in Europe. The production had always planned to have a worldwide release of the film, and the current scenario has made a release in India and Europe very difficult.

No Means No is the first Indo-Polish joint film venture, and the majority of the film has been shot in Poland. Besides Dhruv Verma, the film’s cast also has some Bollywood Heavyweights and veterans like Gulshan Grover, Sharad Kapoor, Deepraj Rana, Neetu Chandra and some new faces like Kat Kristan and Anna Adore. Well known Polish Actor Anna Guzik, and other Polish Cast include Natalia Bak, Sylwia Czech, Jerzy Handzlik, Pawel Czech. Film Critics, already raving about the film, say that this Action-Packed Love Story, based on Skiing, will present the Snow capped mountains, the Culture and Beauty of Poland to the Indian Audience for the first time that too in a manner most unique. And so it stands only fair that the film is enjoyed on the Silver Screen.