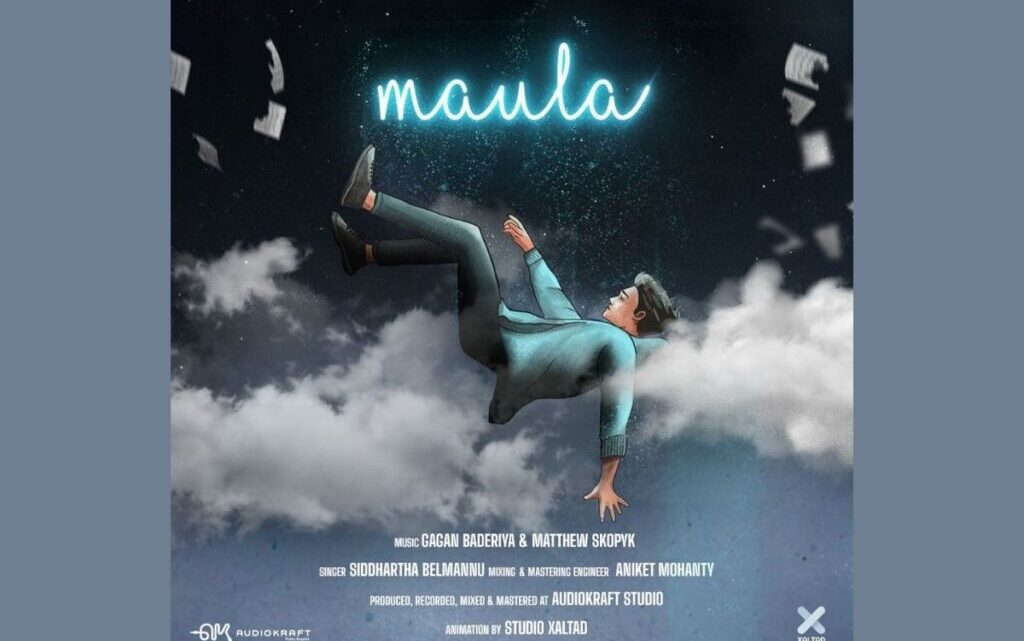 Bangalore (Karnataka) [India], November 29: In this era of innovation, when music comes out of the league, the eyes of music lovers fall on it. Similarly, Gagan Baderiya, a well-known musician of the Kannada film industry, released a new song, “Maula”, through his music channel “Music Makhani”. has done. This orchestral music was composed by Sung Siddhartha Belmannu with his voice. This is an animated music video in which a person is chasing energy and praying to God. Arfan Nujoom has directed this animated video. Music composer Matthew Skopyk has also assisted Gagan Baderia in the music for this music video. Music director Gagan has earlier been honored with the Best Music Director award by SIIMA in 2019 for a short film Aavarta by director Ganesh Hegde. Gagan Baderia has composed music for super hot Kannada films like Malgudi Days, Katha Sangma, Noorondu Nenapu, Seetharaam Benoy, Bisile and has lent his voice to Bollywood megastar Amitabh Bachchan’s film Wazir.

Gagan Baderia, who produced the background score for the short film Neeli Hakki, produced by Vijay Sethpathi & Monsoon Talkies directed by Ganesh Hegde at the recently held International Film Festival of India in Goa, said that the music video is made on the lines of orchestral music and is a prayer. Ask the Lord to listen to the call of his devotee. He said, “It is prayer music in which a person is calling out to his Maula, so that this difficult time may come to an end. This prayer has been voiced by Siddhartha Belmannu. This is the first original song on our music channel. This is a start. We will release more great songs in future through music makhani. We aim to make world-class music, and the Hindi language is the only language with which people can connect their emotions.”

Music Makhani Producer Gagan says that Music Makhani is a platform for all music lovers. On this platform, we welcome new singers, musicians and other music artists to showcase their talents. YouTube channel Music Makhani was started on 30 October 2021 by Gagan Baderiya and famous YouTuber Arvind Arora (A2 Motivation). The channel has won the hearts of more than 1 lakh subscribers in a very short span of time. Featuring independent artists from India through cover songs and new songs by Music Makhani. The channel Music Makhani plays music videos round the clock for all ages and all genres like Pop, Rock, Jazz, Bhangra, Classical, Romantic, Soft and Classical.