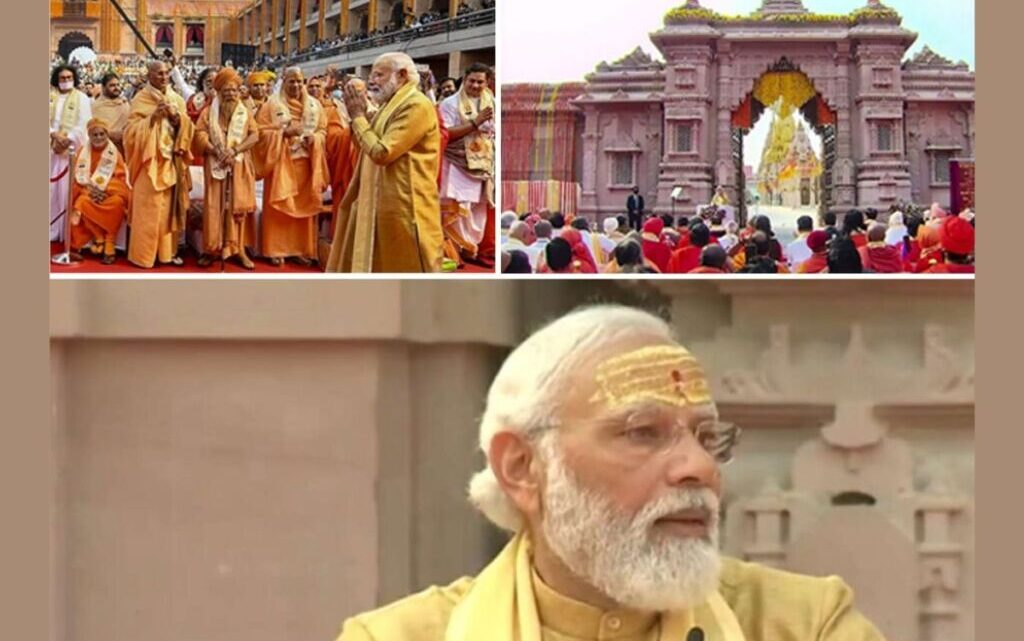 Kashi Vishwanath Dham: A Symbol of the “Sanatan Culture of India” India, December 16: The City Of Lord Mahadev has now been rejuvenated by PM Modi. After 400 years, the world witnessed the Historical, Grand, Divine, and Ethereal Kashi! There is unprecedented enthusiasm in the whole world following the Inauguration of the Kashi Corridor. Keeping the cultural and spiritual heritage of India in mind, Prime Minister Shri Narendra Modi has once again done the historical task of completing the world’s most complex task in the fastest way possible by rejuvenating the Kashi Vishwanath temple, an incredible centre of faith of millions of people. Now researchers from around the world will come to Kashi, witness the change, and will write about it.

Situated on the Trident of Lord Shiva, Kashi Dham is completely rejuvenated and is ready to welcome Lord Shiva, turning the closed and narrow roads into wide roads. Phase I of the project provides a variety of facilities to the pilgrims, including Yatri Suvidha Kendras, tourist facilitation centres, and Vedic centres.

Prime Minister Shri Narendra Modi reached Varanasi this morning. Upon reaching Kashi, PM Shri Modi visited Kaal Bhairav Temple to offer prayers and performed aarti at the Temple. After that, PM Modi and UP CM Yogi Adityanath boarded a cruise vessel for Lalita ghat, where PM Modi took a holy dip in the Ganga river. PM Shri Narendra Modi then performed Jalabhishek of Baba Vishwanath temple and inaugurated the Kashi Corridor. He expressed gratitude to sanitation employees and had a photo taken with them all. As they were being photographed, they all chanted ‘Harr Harr Mahadev.’

He further stated, Today, a new chapter is being written in the history of Kashi Vishwanath. Kashi Vishwanath Dham premises is not just a grand ‘bhavan’ but a symbol of India’s ‘Sanatan’ culture and traditions. Here you’ll see how inspirations of the ancient are giving direction to the future.

After about two and a half years, now this corridor is ready for pilgrims and devotees of Baba Vishwanath and with this, the dream of transforming Kashi to Kyoto seems to be fulfilled.  On 8 March 2019, PM Modi, while laying the foundation stone of beautification of Kashi Dham in Varanasi, said, “Since I was not in politics, I have been thinking about how to increase the beauty of Kashi. For years, Baba Vishwanath was tied, could not even breathe properly, but now he will get freedom.”

In the last 100 years, only two such politicians of India have developed and maintained the cultural heritage of their country on a grand level. Sardar Shri Vallabhbhai Patel and PM Shri Narendra Modi. Sardar Shri Vallabhbhai Patel fulfilled the dream of making Somnath temple while following his footstep; PM Shri Narendra Modi has done incomparable work of beautifying Kashi, which has been recorded in history with the name of Kashi Corridor today. Kashi Vishwanath Beautification Project presents a grand example of architecture to the world. Idols of Rani Ahilyabai, Kartikeya, and Adi Shankaracharya have also been installed in Kashi Vishwanath Dham.

This dream project of Prime Minister Narendra Modi has been completed in record time. Building this corridor wasn’t an easy task. It was a daunting task to convince the owners of hundreds of houses and shops that came along the Corridor to acquire their land, to pay fair compensation, and then to preserve the temples. For this, PM Shri Narendra Modi had given the formula of coordination, co-operation, and rehabilitation i.e. by giving proper compensation and rehabilitation to those whose houses or lands are taken.

The Uttar Pradesh government constituted a three-member committee to monitor it. In which Vishal Singh, CEO of Kashi Vishwanath Temple, and two other members were involved. This committee completed the work of soil testing, issuance of tenders, and beautification of Kashi Dham expeditiously. Prime Minister Narendra Modi himself took part in the Dev Deepawali program on 30 November 2020, where he also took stock of the project time and again.

As soon as PM Modi inaugurated this corridor, laddus were distributed in 7 lakh houses. The responsibility of delivering prasad from door to door was entrusted to the food department. Along with the Prime Minister, Chief Ministers of BJP-ruled states, Deputy Chief Ministers, dignitaries of all sects of Sanatan Dharma, including the Shankaracharya, Mahamandaleshwar, Shri Mahant, reached Kashi to witness this occasion.