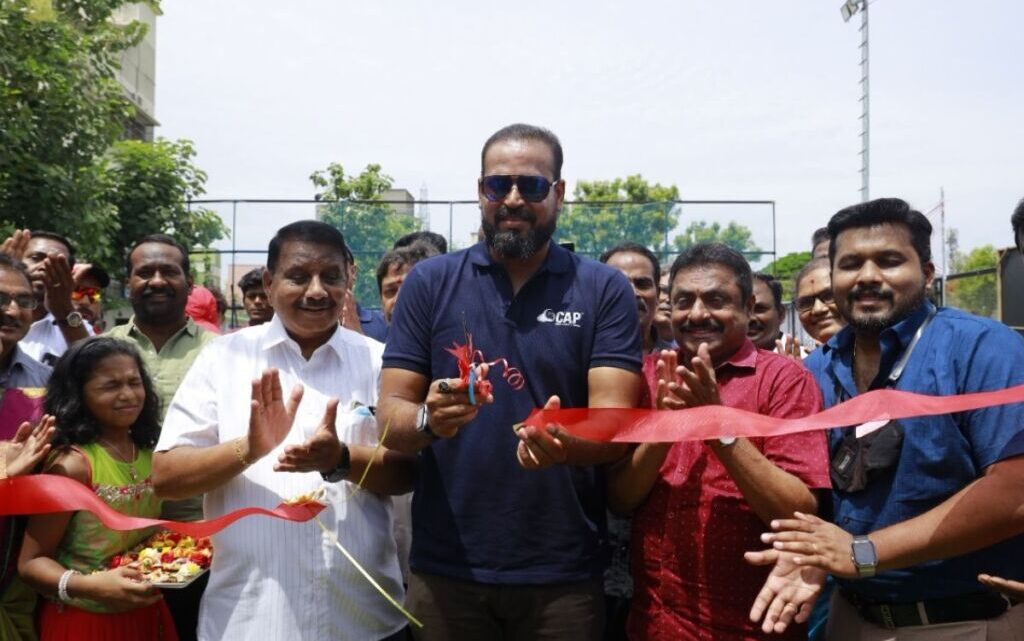 During his interaction with the students, Yusuf Pathan, Director, Cricket Academy of Pathans, emphasized that there is no alternative to hard work and sincerity. “Salem has been home to some ace cricketers like T. Natarajan, but there still is a lot of unexplored potential in the area that is yet to be identified and polished. We aim to hone their skills by providing futuristic facilities, remarkable infrastructure and certified & experienced coaches so that Salem can produce District, State and National level players”, Yusuf stated.

“The main aim of our specially designed practice-based curriculum is to ensure that our future cricketers have the same exciting flair, creativity and skill like the past greats by designing practice sessions that are engaging, exciting and enjoyable enough to attract, sustain and excite young players of all ages. By warranting a stress-free, creative and informal learning environment at all its centres, CAP facilitates the learners in establishing their knowledge”, added Harmeet Vasdev. Yusuf Pathan gives valuable tips to students! Yusuf Pathan took some time after the inauguration ceremony to interact closely with the cricket enthusiast and share his experiences with them. “The game of cricket isn’t just about how well your body plays but also about how well prepared your mind is. And that’s precisely why the focus of our training is on the physical as well as the psychological aspects of cricket”, said Yusuf. He also mentioned how overwhelming it was for them to receive such an encouraging response from budding cricketers in Salem. “Across all our centres, our academy has managed to send about 100 plus students for District, State and National level tournaments, and we are confident the number will exponentially grow in the future”, he stated. Mr. Harmeet added that the CAP team is working relentlessly to launch more academies to reach out to budding cricketers in different corners of the country. He also mentioned that investors from the Gulf countries and other nations are keenly interested in their academy, and it won’t take them too long to go global and make a mark there.

Talking about their contribution to the community, Yusuf said, at CAP, they have special facilities and scholarships for students from underprivileged sections of the society. “No one should miss an opportunity just because of the lack of means. We keep into consideration all kinds of students and have different schemes for those who have the fire to learn in them.”

Highlighting the role of advancement in the field of cricket, Mr. Harmeet stated that with their world-class, advanced cricketing technologies like PitchVision and Stancebeam, technical nuances are captured for study and analysis in the form of videos and statistical charts. They also enable students to collaborate with coaches, track performance in real-time and create a well-connected bridge between coaches, students and the Pathan brothers.

With 30  centres already in operation, Cricket Academy of Pathans (CAP) is looking to spread its wings across India in 25+ cities, including Guntur, Srinagar, Gulbarga, Berhampur, Kolkata, Firozpur, Bhubaneswar, Cuttack, Coimbatore, Ghazipur, Vishakhapatnam, Palghar and Amritsar by the end of 2022 and become the most preferred coaching academy for cricket nationally.