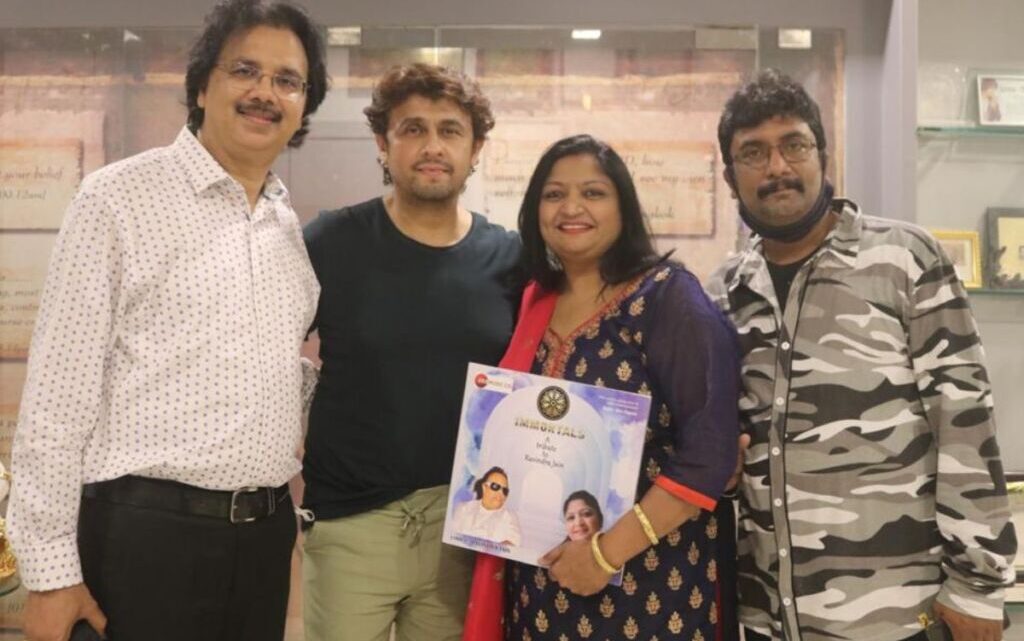 The Immortals was launched by none other than the iconic singer Sonu Nigam. Sonu Nigam has also been a huge admirer of Ravindra Jain and when he was asked to do the launch, he was more than happy to do so.

Ritu Johri says, “It’s while working on my doctorate in Music that I became close to Dadu (Ravindra Jain) and got the opportunity of becoming a part of their family. He and his wife, Divya Jain, have played an important role in my life. I’ll always be indebted to them.”

The music video of ‘Bebasi De Gaya’ has been released on Ritu Johri official YouTube Channel. It features Ritu Johri singing the ghazal while Ravindra Jain’s wife Divya Jain remembers her deceased husband while going through old photographs. On this Ritu Johri states, “Divya Jain ji is a lovely person, just like her husband. She was sweet enough to feature in the music video. The theme of the music video was such that she couldn’t refuse the chance to feature in it. I am sure she must be overwhelmed going through the old photographs while filming the ghazal. A big Thank You to her for being a part of this special video!”

Ritu Johri is also confident that the lyrics of the ghazals, penned by Ravindra Jain, will touch the hearts of the listeners.

Delhi Pickleball team gears up for the National Championship