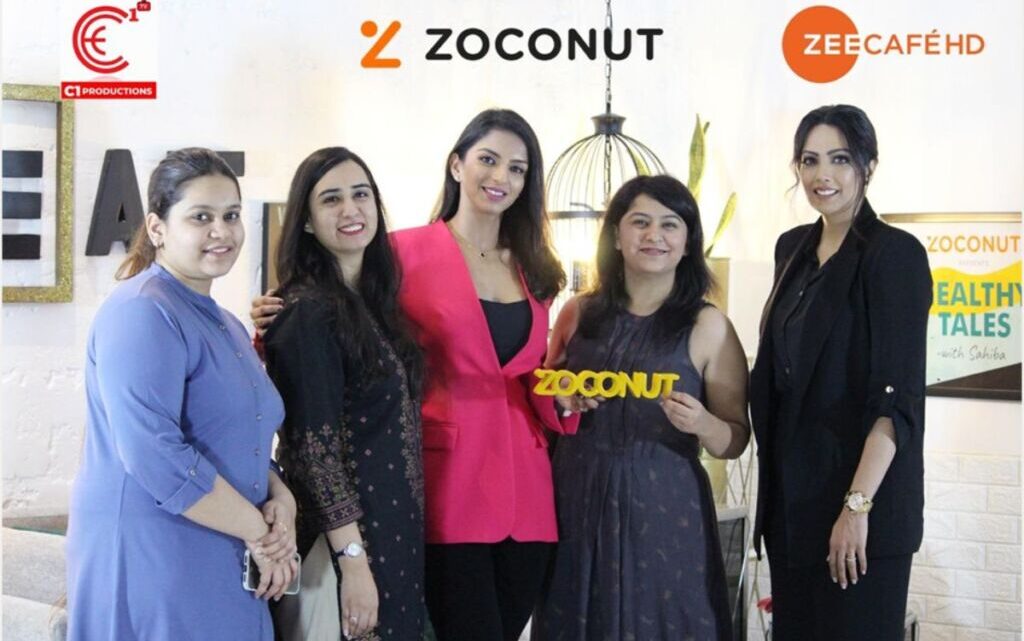 Mumbai (Maharashtra) [India], June 27: The first-of-its-kind show on health and nutrition is soon coming on television. The show titled “Healthy Tales”, hosted by renowned nutritionist Sahiba Bharadwaj is a talk show where health experts from across the country come to share their stories and reveal simple health tips. The show is being produced by C1 Productions Private Limited, which has produced over 500 TV shows and is being co-created with Zoconut, a leading software company specialising in healthcare solutions.

“Healthy Tales” Television show will bridge the gap between the common people and the most respected health experts in the field of nutrition and good health,” said Zoconut founders Paras Garg and Manya Madan. “Healthy Tales was created to provide a common man with the benefit of consultations with health experts.” The project was discussed with us and quickly became a reality.”

The Healthy Tales show is produced by C1 Productions, which is well-known for its television show Leaders Today, which has gained popularity among viewers. The show is hosted by expert nutritionist Sahiba Bhardwaj. Sahiba is a Nutritionist & Nutrition Educator with a Masters in Nutrition Science & Policy from the renowned TUFTS University in the USA. She has appeared on many channels like Republic TV, CNBC and panel discussions during Bharat Nutrition Week, where she has spoken on various nutrition topics. She has been invited for webinars by Delhi Capitals Cricket Academy, Yuvraj Singh’s Cancer Foundation and numerous corporate firms.

“Zoconut is a fast-emerging name both as a startup and as a revolutionary software product being used the world over by various nutritionists and dieticians, as well as health experts and thus was a natural choice for us when we were looking for co-creators for the show,” said Mr. Rajesh Kapoor, the director of C1 Productions who has been instrumental in creating every aspect of the show.

Zoconut recently launched a health awareness campaign to dispel many myths about a proper and appropriate diet for boosting immunity and staying fit for life, as well as to bring forth many health experts who have been doing a fantastic job in managing people’s health post covid, and to help people manage their routine in the most efficient way possible by using Zoconut.

C1 Productions is bringing a series of new shows this year aimed at promoting success stories in various fields that can motivate the country’s youth. Healthy Tales is one of those many shows. You can watch the show on Sundays at 11 am starting 26th June.