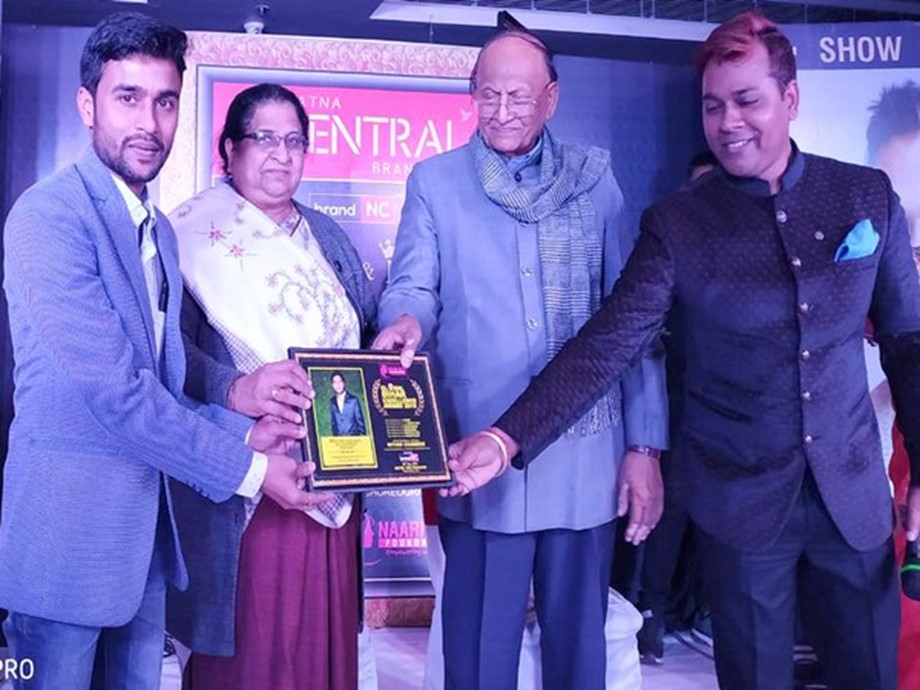 The award was given to recognise and felicitated Piyuus Jaiswal’s contribution towards social welfare, women empowerment and introducing new talent in the field of arts and culture.

He has also been awarded the Page 3 Award in Mumbai last year.

Piyuus Jaiswal has been working on women empowerment and new talent for the last four years. He has provided a platform to many Women and new talent who have proved their mettle in their respective fields and created a name for themselves.

Piyuus Jaiswal strongly believes that the mission of our PM Narendra Modi should be carried on by each one of us and women empowerment should be one of the priorities of our society. He believes that women have a lot of potentials in them and with the right guidance and platform they can do wonders.

In Piyuus Jaiswal’s words – Everyone has, talent, just the right platform is all we need to showcase it.

He is also actively involved in a lot of social causes and is associated with various NGOs.

Recently Piyuus Jaiswal organised the Indian Achiever’s Award in Surat. The award ceremony was one where known celebrities from the field of fashion and films graced the occasion.

This award function did create a lot of news in India and especially in Bollywood circles.

‘Pride of Surat’: Man Completes Summit 5.0 Saputara for the second year in the Row